My first dunder pit is coming along nicely after just one week. I am starting these off in 5 gal buckets but will transfer them to a 55 gal drum tomorrow. This is from my first rum run so there isn't any generational buildup. After I added the dunder to the buckets I added a piece of sugar cane to hopefully capture some of the correct bacteria. Dad advised me to keep them in until they sprout. After one week, they haven't sprouted but holy shit, something is growing. It has been in the 80's here for the last week and I have kept the buckets open with a paint strainer over them to keep the bugs out.

The first picture is kinda hard to see because of the strainer but that is when I started them. The next picture is obvious. Think I can put a lid on them now. I will be adding about 20 more gallons of dunder to the pit in the next week. I just need to add a spigot to the tank. I plan to add it about 1 foot above the bottom so that I can get the good stuff out without disturbing the disgusting stuff on top. 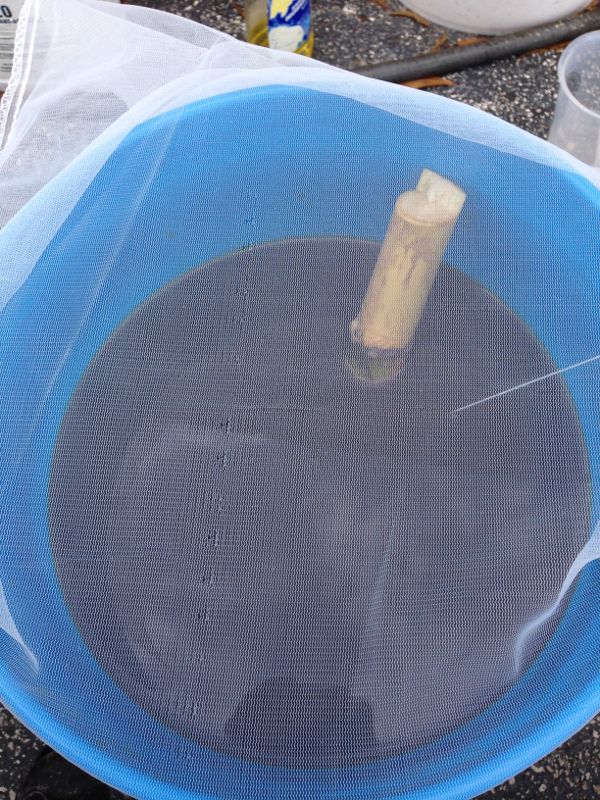 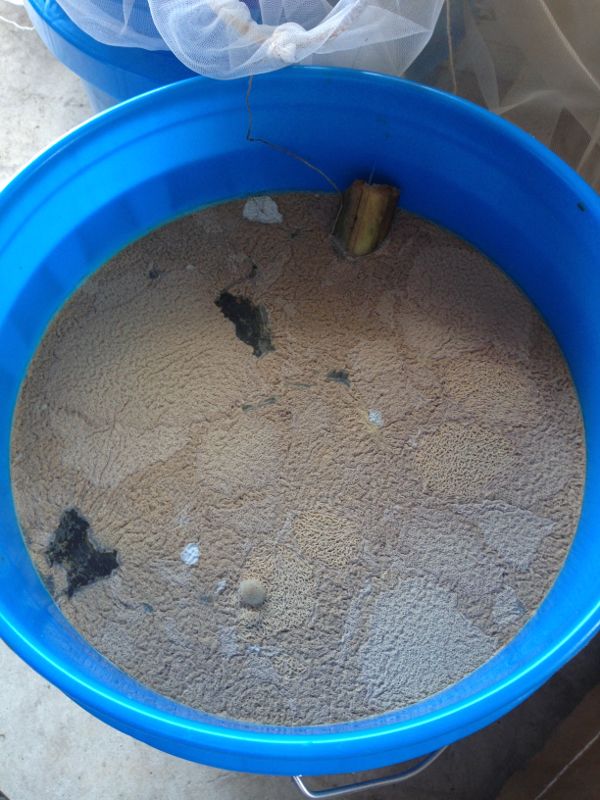