New to the forum, and new to the hobby!

Got my hands on the Appalachian Moonshine recipe (because I watched the show) and all seemed to go very well - bubbling happily yesterday but today I found white bubbles in a spiderweb like appearance on the fermenter...

What could it be? Is it still safe to do stripping runs?!? 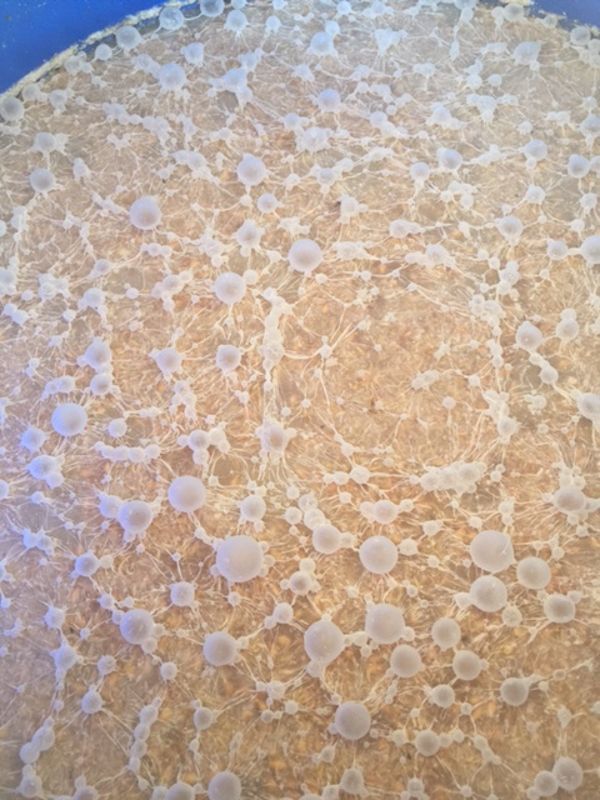