MAINTENANCE NOTIFICATION: There will be a few more service interruptions, which we will try to keep as short as possible. Thank you for your understanding.

With an 8" crystal dragon and no fire in the boiler yet I've been thinking about how to install CIP? Has anyone considered a segmented line of spray balls running through the trays up inside the column?

To try my idea, I made a couple of spray balls from two 15 to 20mm copper reducers joined with some old 20mm pipe and with a short length of 15mm in the base to slot into the top of the spay ball below. I put a ring of silicon in the top outlet of the spray ball to seal the downpipe from the spray ball above. Drilled 2 rings of 8 x 1.5mm spray holes in the top of each spray ball. The top ring as close to 10 degrees from vertical as I could and the second ring at around 45degrees.

My concept is that each plate would have a new 15mm holed drilled in it to take the 15mm downpipes & as the column is assembled a spray ball would be dropped into each plate, connecting to the ball below, making a continuous line of spray balls. The bottom pipe would extend below the plate into the boiler and have a fitting to take the CIP line from the pump. The top spray ball is capped off.

But before I drill holes in the plates, I rigged up a 2 plate concept test through the centre bubblecap holes and connected a garden hose. It definitely puts out enough water so I think it'll clean well (couldn't upload an mpeg so attached a few frames, hope they're not too small to see what's happening). 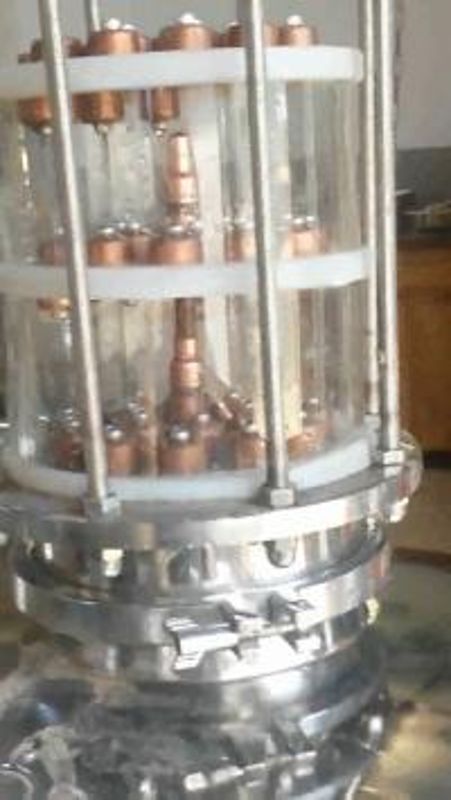 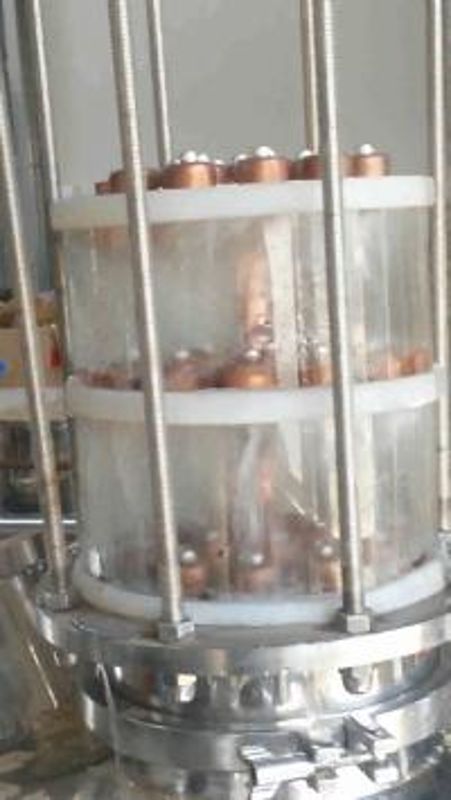 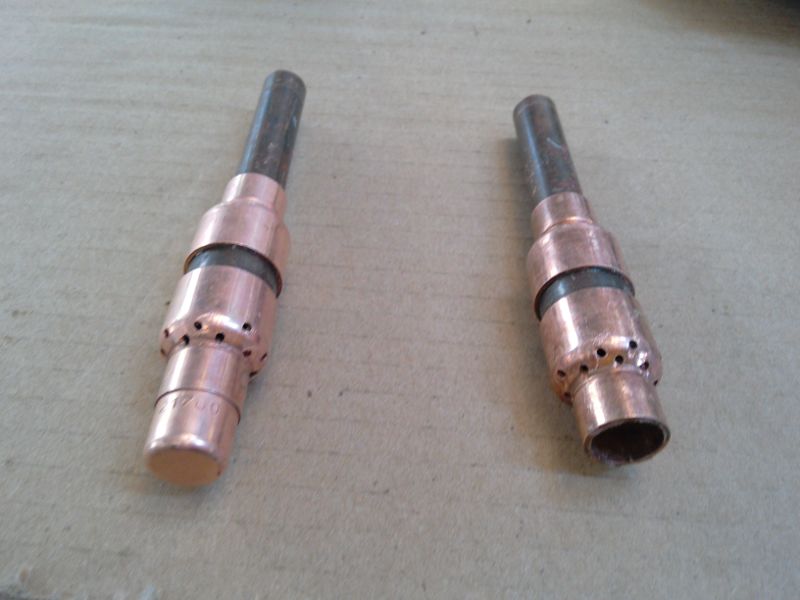 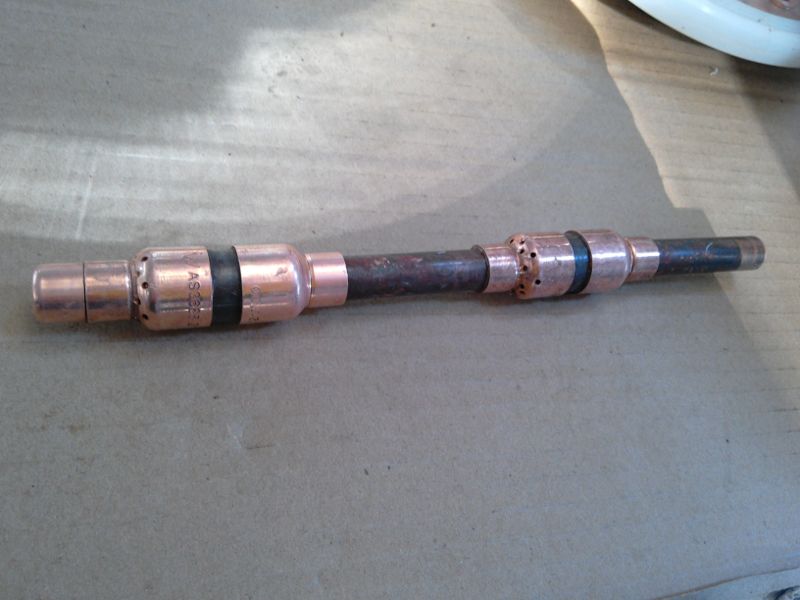