Herewith I proudly announce that @SDeurope and I are now officially certified Masters of Booze (MoB ;) ) by the Austrian Chamber of Agriculture. MoB is my slightly loose translation of Edelbrandsommelier which does not really translate well. Such a sommelier has nothing to do with being a steward or waiter, another suitable periphrasis would be fine spirits connoisseur.

The education took 4 months and consisted of theory as well practical training. A good part of it was about describing, identifying and tasting (+ spitting) the spirits. On the first days we had to taste about 100 different products, even stuff like some very expensive whiskys and cognacs (not all of it made it into the spitting mug though). Drinking Tequila at 9:00 AM is not our usual habit, but these are the things we were ready to do for the greater good... This is what we often were welcomed with in the morning when entering the seminar room: 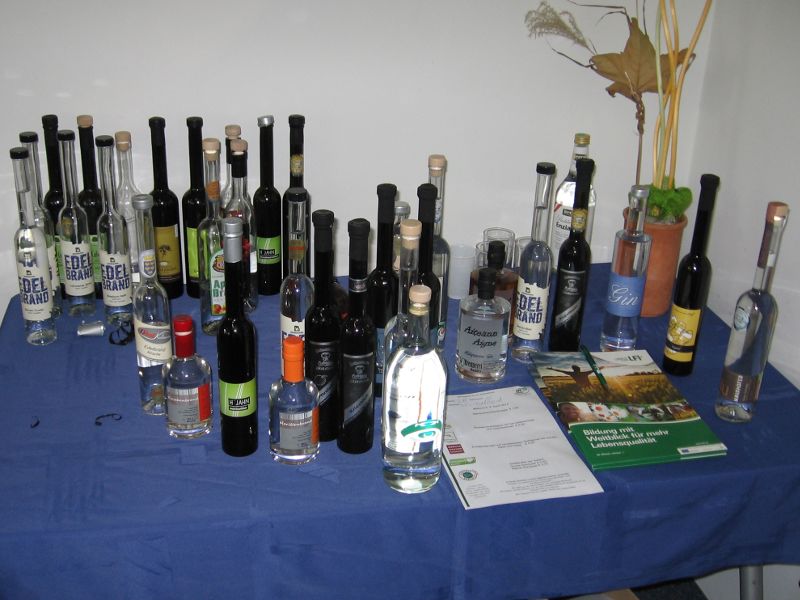 And this is what followed: 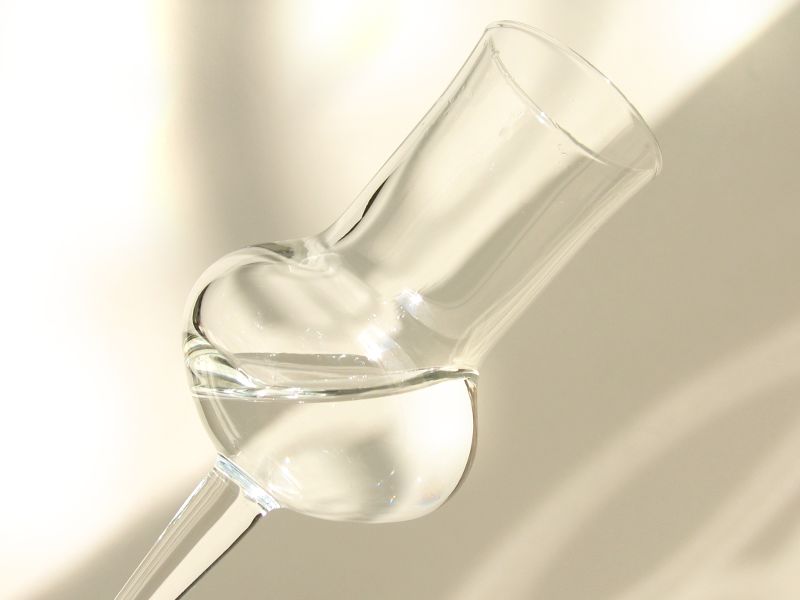 We learned a lot about distilling, from the mash to whisky, producing spirits of fruits and herbs. Excursions to distilleries and also learning about ageing and the proper wood was all part of the lectures. Also the common mistakes in distilling were discussed and of course tasted. Sometimes I was quite happy, that spitting was mandatory, we had to learn how to identify the different errors in flawed products.

Even a "cheese and spirit" seminar and short cooking course with spirits (something I'll show in another discussion) was included, I have to admit, we tasted the spirits a lot before we cooked with them, so we didn't listen to the lecturer that much, the food was tasty though. ;)

Legal information for Austria and in the European Union, followed by marketing and selling the products, designing the labels and a lecture about health care and alcoholism (yes!) has been on the schedule as well.

Our 20 fellow comrades were mostly farmers and professional distillers, who have been making spirits for a long time or since generations and now wanted to learn how it's done the proper way. Some of them are interested in buying or upgrading their stills, so we had some good talks about StillDragon too. The lecturers were world class distillers, practical teachers and science lab specialists from agricultural universities, some of them are tasters for whisky distilleries and for the Destillata, which is a famous spirits award here in the European Union.

Of course we had to work out a project for our final examination, and this is what we have come up with and presented to the board of examiners:

That's something we had in mind for quite a while now. It's about a platform for Austrian distillers and their products, which will feature a directory as main component, as well as a blog, forum and webshop featuring the finest products of our Austrian distillers. Something you should keep an eye on if you eventually want to try some really exclusive fruit brandies Austria is famous for, some of the products will be shipped worldwide.

The whole experience has been a blast, we made new friends and learned a lot. It's just great to be part of the draft! :)

StillDragon Europe - Your StillDragon® Distributor for Europe & the surrounding area