After reading about the PID's and wanting to have a tool at hand with which I could control my RC temp better, I ventured out to build my own. 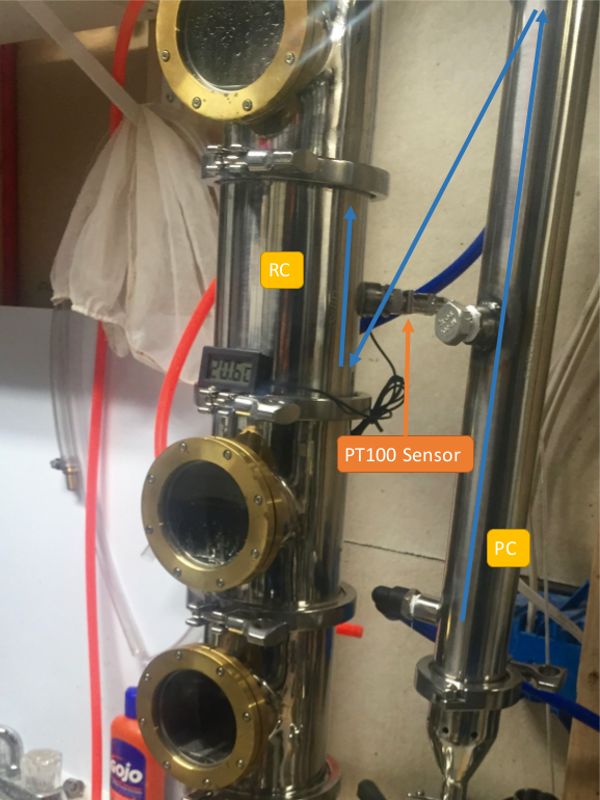 My sensor location is in the RC about in the middle (height) and 90 degree rotated from the inlet/outlet. A friend milled and welded a 1/2" port to it and I could install the sensor without touching the pipes. The valve is plumbed between my coolant supply (municipal water) and the PC. PC and RC and in series (I know, it can cause issues but I'm getting to this part later). Power for the valve is coming from an old AC brick that I had laying around. I bought a small housing for the PID so the wiring can be neatened up at the end. Wiring up was relatively easy with the help already provided by @CothermanDistilling and @grim. Before putting everything together, I made sure that I could open and close the valve in manual mode. So far, so good...