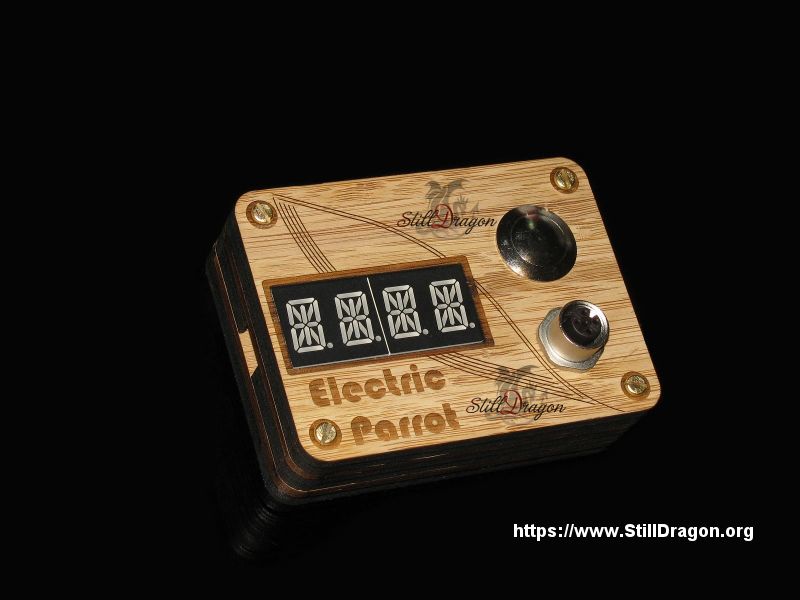 As some of you are probably aware, we've been working in the background here on something special for quite a few months now. Those who follow Artisan would have noticed i mentioned it a few weeks ago.
In conjunction with one of our members here over the last few months we've been developing the design and function of the first Electric Parrot to be released at a retail price that is within reach of ordinary people.

We're very proud to announce it as almost ready to go into production.
It is our members design that he will also be offering through his own shop but we are working together as a bit of a joint venture to try and get the price as attractive as possible for you guys. This work is ongoing.
We will be proudly stocking it at SD and most likely producing our own custom SD version down the way.

Why an Electric Parrot?

Our Electric Parrot suffers no smearing due to pooling liquid and gives a real-time display with very little lag.
What it displays is what is running though your still head at that instant.
There's no more glass tubes to break and it can be clearly seen from over 15 metres away.
A few people that think they’re easily pulling Aze might get a bit of a surprise as you can’t ‘misread’ the bright red digital display.
There is no error from high flow rates like those caused by the glass alcometers getting pushed up out of your old style parrot and no need to measure distillate temperature and correct the errors there.
No more temperature conversions. Just mount the probe and plug in a standard phone charger. Simple.

It’ll clearly show exactly what’s going on from the other side of the room.

The display is setup to clearly show ABV but can give you the temperature in Celsius at the push of a button.
It can also easily switch to US Proof and Fahrenheit for our US cousins.
It has a fore’s indicator for the start of your run and can also let you know if you column is building up dangerous pressure.

The development of the concept has been ongoing for a few years with many algorithms designed and discarded, usually due to poor accuracy.
The final design is very accurate through the entire range of 0% through to azeotrope and it auto compensates for any weather variations or altitude with a built in barometric sensor.

It has been tested from 0m to 400m above sea level but we’d really love to push it to its limits.
If anyone out there in Australia is well above 1000m (3300ft) elevation and wants to be a tester, please throw your name in the hat.

Special thanks to @jacksonbrown for helping to make this a reality. 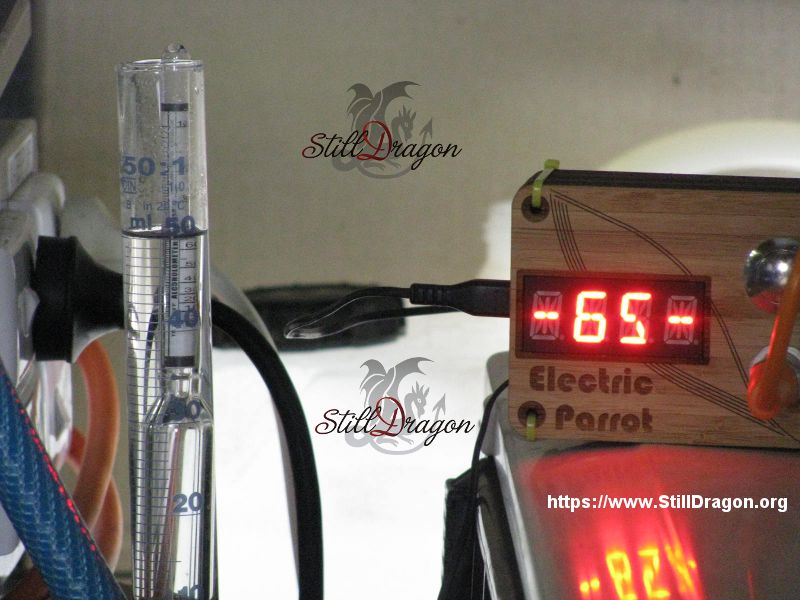 We are very excited to be the first to bring this to the distillers that have asked for it and it should be in the retail stores within a month or two.