Hi all; for what it's worth, here is an article about "Nip of Courage'. The owner makes eye-to-eye contact with boutique spirit distillers and offers to organise distribution for the product.

(personally; I'll be up at the Atherton Tableland soon and checking out the Mt Uncle Distillery)

Is this the next Bundy Rum? "Homegrown booze brands are a rarity, but this business could be a portent of things to come in the craft spirit trade" @ The Age by Kate Jones 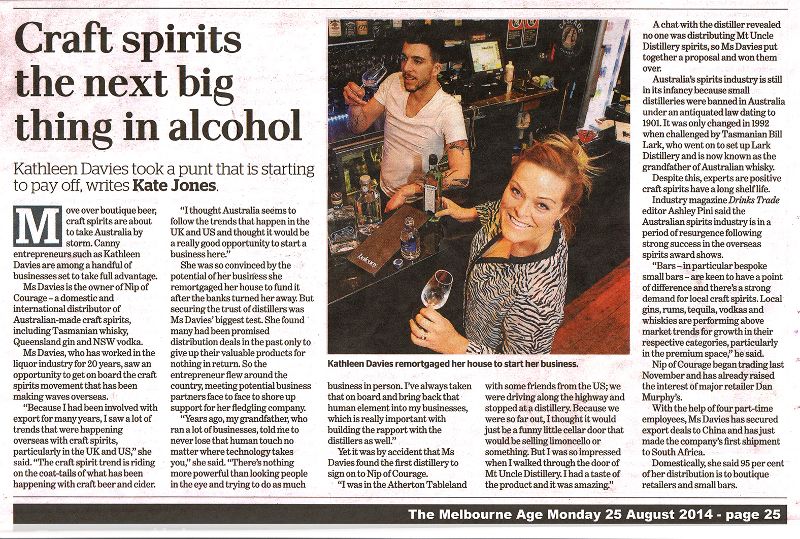