So, I have been playing with a few different configurations to get a decent rum (at this stage I would settle for half decent) and am just getting nowhere so thought I would put this up and see if anyone might have some suggestions to help improve. So far none of the rums have been palatable and I'm getting increasingly frustrated with it!

The first few times I tried rum it was winter and my heat belts just couldn't keen the fermentation temperature up, so it was definitely lacking flavours. The batch I just did I fermented at 32-34 Centigrade, I could smell all the aromas I was looking for during the spirit run however the raw spirit just isn't palatable.

I have been putting a fir bit of effort into the fermenting, for now I'm sticking with feed grade molasses which I steralise and clarify. Then I pitch with Distilamax RM (rehydrated with Go-Ferm) and DAP, after about 1/3 of the sugars have been converted I add Fermaid, I have temp control on the fermenter which is pretty good at holding the fermentation between 32-34 Degrees. At this stage I am trying to keep this constant and only vary the distilling methodology because otherwise its hard to keep track on whats working and whats not.

When I say its unpalatable, I can taste the rum flavours in the distillate but they are just behind an overwhelming, overpowering burning sensation, its almost like the heads haven't stopped coming in. I'ts not ascertone but it is very harsh and hot in the mouth, the good rum flavours are there just well hidden.

Now I will be the first to admit that I'm not experienced in making the cuts and have only completed a very limited number of spirit runs, however this is a reoccurring issue I have had with other spirits in other configurations. This makes me start to wonder if I'm perhaps not airing things out for long enough, that said I can't see the spirit mellowing enough through airing to become palatable.

I had thought that maybe I wasn't running fast enough and some of the flavours I'm looking for were not coming over as the ABV was remaining high during the run. In my last run I ran the 50L boiler with around 3,500 Watts and this didnt really make any difference, I guess the plates held the ABV pretty steady at 82% before the tails come in.

I took the configuration of the 4 plates and the thumper from the book "The Distillers Guide To Rum" and the section where they visit the Turkey Shore distillery.

My next attempt will be with just straight pot still for the stripping run and then pot still and thumper for the spirit run, here's hoping!

Anyway, any suggestions or pointers would be greatly appreciated. 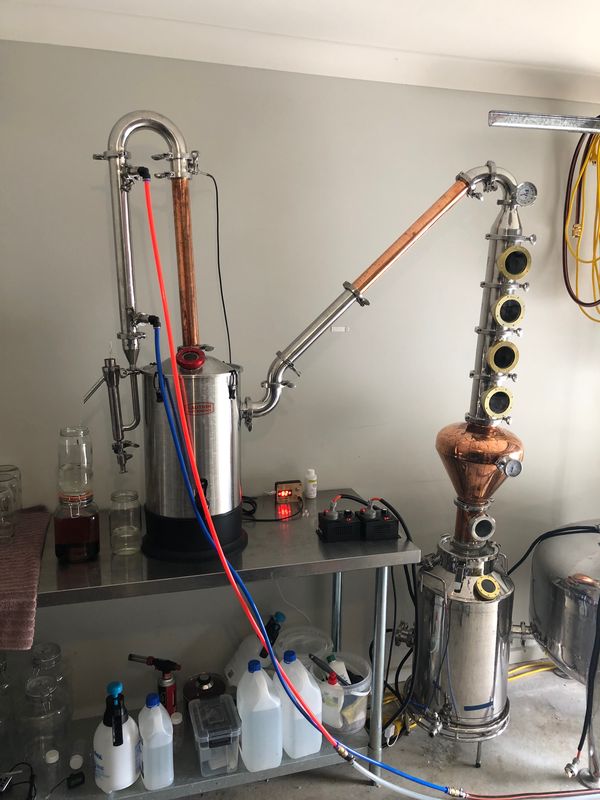 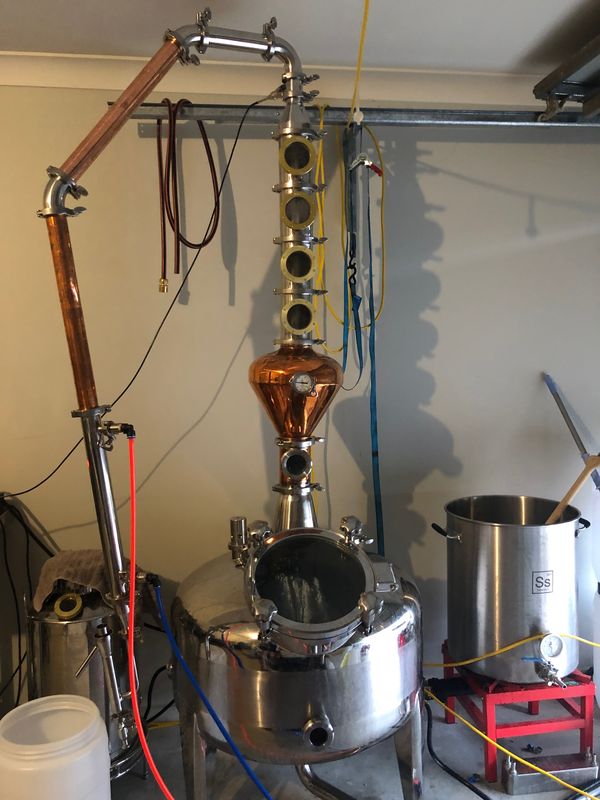