Looking for a simple, yet tasty all grain recipe

To start, I have never distilled anything, we need to get that in the open to start. In fact, I do not even have my still put together yet, but it will be soon. My brother and I will be doing the stainless welding of the ferrules (4 inch and 1.5 inch) and the coupler (.5 inch) over Thanksgiving. then I will build the rest of the copper pot head and Liebig shortly after.

Now for some back ground - I can brew beer, I can brew really good beer and have been for almost 10 years, all that to say is I can, and have the ability to mash. My brewing is built around 2x 15 gallon stock pots that can be run as a cross circulating (Brewtus 20) or a RIMS. I can do volumes between 4-13 gallons.

Ok, to the heart of my question and search, mainly because I like to chew on information...and also because I like to spread my expenses out over as long a time as I can, I am looking for a tasty all grain mash to use some where around the 4th to 5th run of my pot still. The first runs, after the cleaning and sac run will be UJ so I can learn.

I like whisky: Buffalo Trace, Knob Creek, Leopold Brothers, The Balvenie Doublewood 12 Year Old Single Malt whiskey (my fav) I do not like: Jameson

I tried to look, but could not find a simple, yet proven, AG, so now I am asking for help. Attached is a photo of the brew setup 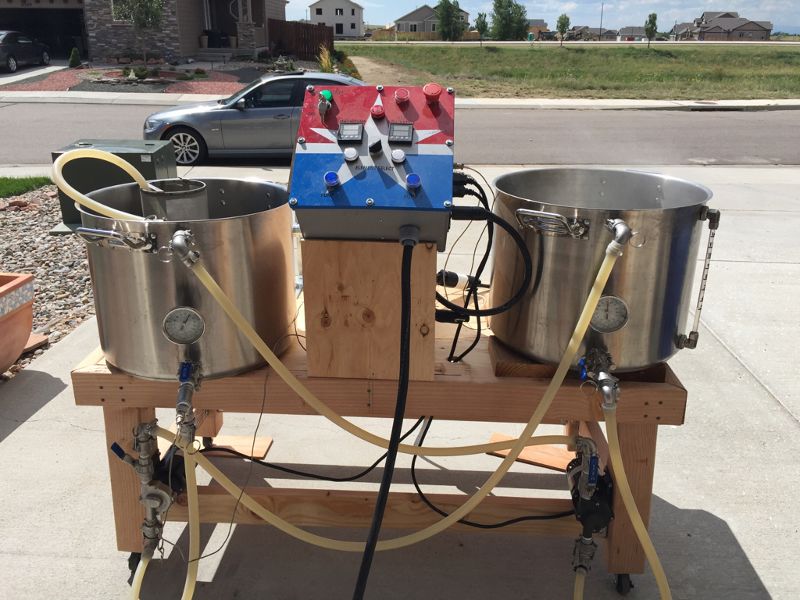